So, how do you realize you are ripe for a major hardware upgrade? In my case, when I start to notice significant lags in most of the things I do on a computer, when the time spent in waiting that mouse cursor to change becomes unbearable. It’s not that the computer has become slower, it’s that my expectations became higher 😉

I have had Core 2 Duo (E6300) based system since 2007. Unfortunately, it came with a rather disappointing motherboard, so even as I pumped it with 4 GB of DDR2 RAM (on a x64 system, naturally), it could address only around 3.7 GB because of its limitations.

Then I got a steady job, and started to use this home computer less and less, so its lack of speed didn’t bother much. But recently, after some heavy post-processing of panoramas I found myself quite frustrated over it, and decided to do something about it.

There was a dilemma between purchasing current i3/5/7 processor, or waiting new Sandy Bridge lineup. Knowing that it will be hard to find appropriate MB in the offer of the local dealers, and unwilling to be a guinea pig for the new platform, I opted for a Core i5 760. This proved to be a wise choice, with all the problems Sandy Bridge faced in the wake of it’s release (opens new window). As for the MB, ASUS P7P55D-E was not a first choice, I had my eye on a nicer Gigabyte board, but sadly it was non-existent with local dealerships. ASUS seemed it could do a job, so I went for it. As for the memory, Kingston DDR3 @ 800 MHz was a best value/performance chip on the market, so I got 8 GB in 4 modules.

Since I was doubling up on the hardware at this point (because of all the "new generation" stuff), I went all the way and purchased a new Chieftec 650W PSU and a Gigabyte ATI Radeon HD 5570 graphic card. This way I could leave my old config alive and useful for something else, all I needed was a spare case.

At the end, I also got CoolerMaster Hyper 212 Plus processor cooler. Maybe the box one that shipped with the CPU could do the job, since I don’t have overclocking ambitions, but better safe than sorry. As for the system disk, I placed two old 80GB Hitachis in RAID 0, for a combined 80 MB/s bandwidth, and I was set.

Results? Well, see for yourself at Geekbench (opens new window). I was impressed at the speed and quietness of the new configuration. Having so much faster memory coupled with a quad core CPU really makes a difference. 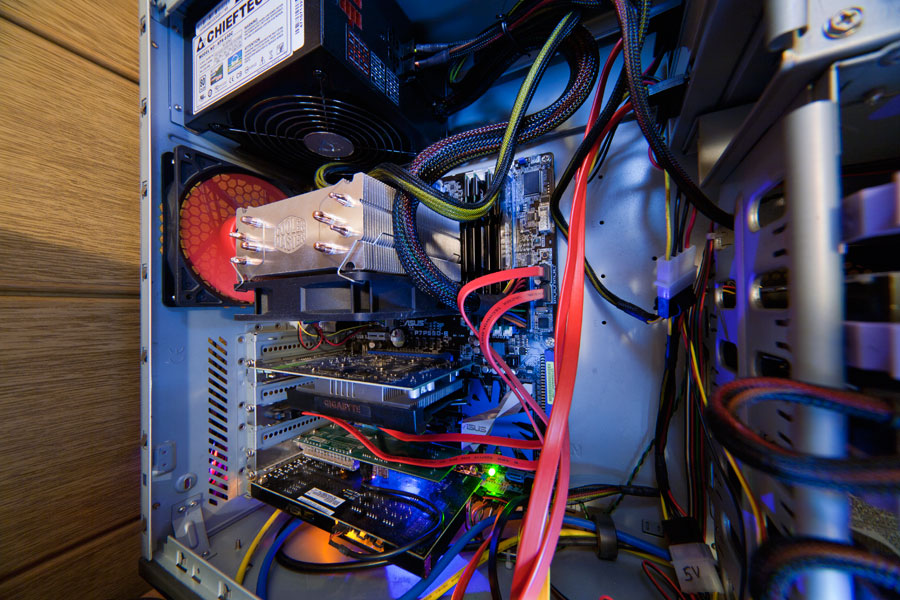 As for the old config, I migrated it in place of my Ubuntu server, to give it some extra juice. As it happens, old MB finally gave up, so I had to replace it. I got a smaller, but newer microATX, so its score (opens new window) also jumped up. Hooray, performance all around! 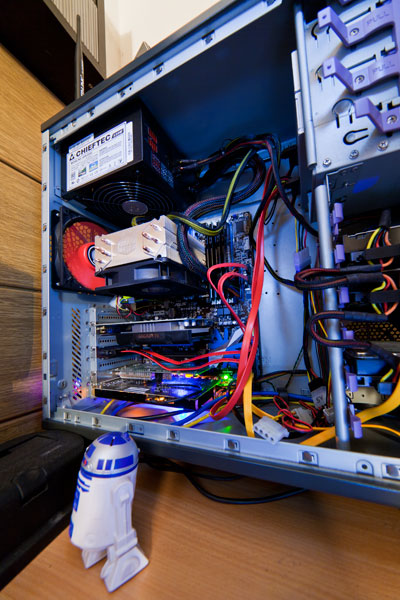